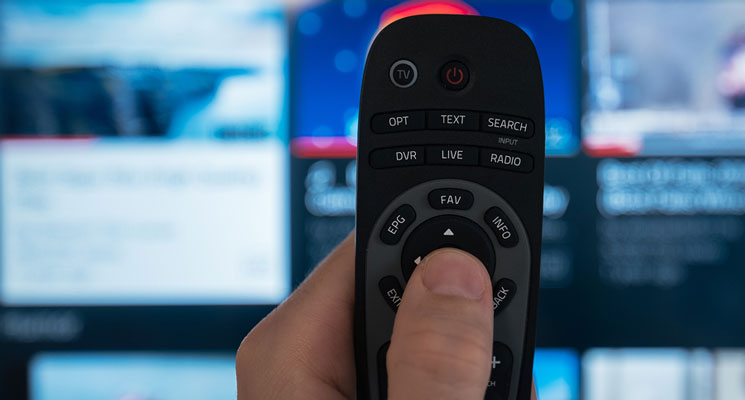 What is cable TV? In short, it’s what you turn on when you want to catch all of your favorite television shows. Generally, there is some cable TV device or box that helps in providing the networks that you watch. You can have a cable TV box that connects to your TV that allows you to pick one of several channels. What is Cable TV in 2018 compared to where it started out is entirely different. You’re going to have a better understanding of how the whole process of cable TV works after checking out this information.

The History of Cable TV

What is cable TV can be answered by reviewing a bit of the history. Cable TV was first started in the United States as a commercial business back in the 1950s. There were a few smaller systems that date back as early as the 1940s. Back then, there was a weak broadcast signal that was sent out over unshielded wires to the people that were paying for cable TV services. There was one antenna that was set up at a high elevation to serve an entire region or town. Early cable TV receivers could potentially get up to 12 channels, which you’ve probably heard your parents or grandparents talk about at some point.

In the beginning, even though 12 channels could be received on the television sets, each city could only handle broadcasting seven of them at a time. It was eventually improved. Cable TV today is entirely different than what it was back then. Some cable TV providers can give you the opportunity to pick from hundreds of channels all at once. The way that the signals are transmitted and received is much different than what it was back then as well.

How Does It Work?

Cable TV has advanced since back in the 40s and 50s. Cable TV companies get their signals from satellites. It’s pretty ironic considering that satellite is another way to get television service in your home. Those satellites send messages down to the cable TV providers who then disperse them through radio frequency signals in coaxial or, more recently, fiber-optic cables. That’s how you get to see the shows that you are paying for. The speed of the signal sent from the satellite is about equal to that of the speed of light. That’s how you get a good, clear picture with your cable TV service.

Since all the advancements starting decades ago, there are a few that people are still trying to catch up with. You may or may not have taken advantage of the upgrades that have been introduced just within the past couple of years. Cable TV companies offer services like:

What Is a Cable TV Network?

The cable TV network isn’t the same as a television channel or television station. The network is what distributes the content to various stations or channels. The oldest networks, BBC, NBC, CBC, and others like it started out as radio networks. In some cases, the network is responsible for producing all of its own content. In other instances, they get production from other places to air to cable TV subscribers.

So cable TV and TV network are the same thing right? Not exactly. Cable TV is what people pay to watch. The extra channels that you get are cable TV. The TV networks like NBC and CBS are free for everyone. You just have to have a way to pick up a signal to see it. Antennas attached to your home are a common way of doing that. You can view the free networks without any additional equipment and there is no monthly service charge.

It was in 1972 when the first pay-per-view cable TV network was introduced. It’s still one of the most popular today. The new service was called Home Box Office, or as you know it, HBO.  Today there are dozens of these types of networks. Some companies even offer what’s called an on demand service, where you can watch pretty much whatever you want whenever you want, as long as you’re willing to pay for it. This goes for television shows, movies, and sporting events.

Growing up, your parents or someone you knew probably had a set of rabbit ears sitting on top of their TV at some point. It is how a lot of people picked up the free television signals and directed them to their sets. Sometimes they would have to be adjusted or in some insane cases, people would use tinfoil to try and get a better signal when it was weakened for one reason or another.

Things have come a long way since then though. There are now digital TV antennas available that offer a lot better service without all the hassle. Some homeowners actually prefer the antenna against the cable TV service because of the many benefits. Those things that you get with a antenna that you don’t with cable TV include:

As long as you aren’t worried too much about a monthly service fee, you’re going to want cable TV for the amount of channels that you can get from them too. You aren’t going to be able to get nearly even close to what cable TV has to offer from an antenna.

Cable TV does go out once in a while, but the occurrences are few and far between. The signals are only getting stronger as time goes on. The last thing you want to be doing is standing outside in a storm trying to adjust an antenna so that you can get your local channels to come in.

Other Alternatives to Cable TV

In more recent years, there have been plenty of introductions of other ways to receive television programming other than cable TV. Smart TV boxes turn any television set into a smart TV. It gives the user a variety of more options when it comes to what they can do with their device.

The main draw to a Smart TV box is the fact that Netflix, YouTube, Genesis, Hulu, and other streaming services can be viewed. Plenty of programs can be seen without subscribing to a monthly cable TV service.

Instead of the cable TV service fee, you can purchase an Amazon Fire TV stick. These plug into your television HDMI port. Just by plugging it in you can get access to TV, movies, music, photos, games, and subscription services.

If you’re an Amazon Prime member, it links directly to your account and you have access to all of your content from the time you sign on. You choose what services you want as far as channels go. You can order just ESPN or HBO for instance and you pay for each one.

The Roku is another streaming player that only needs internet service to operate. You plug it in and set up an account. Unlike what you can get with cable TV alone, there is a variety of free content that can be obtained on The Roku Channel. They offer ABC, CW, PBS CBSN and more along with YouTube on that service alone.

There are also ways to view programs through FandangoNOW, VUDU, Amazon Instant Video, and Google Play. Just like cable TV, you can also view live television and sports with the availability of Sling TV, PlayStation Vue, CBS All Access, and more.

There are television shows that you get used to watching with cable TV. So, the thought of disconnecting the service might have you a bit apprehensive. As long as you have the internet, there are a variety of networks that offer their regular programs online.

You can catch shows from ABC, NBC, CBS, and more sitting at the computer, but you are going to have to wait a day from when it airs on cable TV.

Why to Choose Cable TV

Even with all these other alternatives to cable TV out there, you can still get great service and a fair price by choosing the right provider. You just have to be willing to put in a little bit of work and call around to find the right cable TV service for you and your family.

Tags What Is Cable TV
– Advertisement –