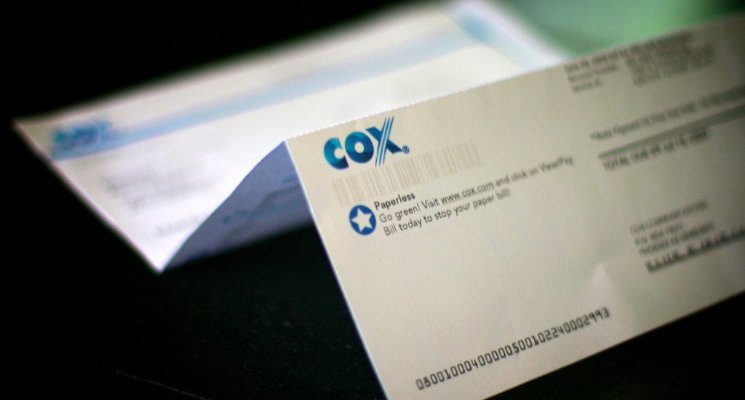 Getting rid of your cable bill once and for all is easier today than it ever used to be before – which is why so many people are cutting the cord and walking away from cable without abandoning their favorite television programs and channels.

For years and years, the major cable and satellite companies had a stranglehold on premium channels and content, with the exclusive rights to carry those channels, those TV shows, and those movies without anyone else having the opportunity to run their own service.

Because of that, they got to set their own prices – and they almost always set those prices just as high as humanly possible.

Today, however, more options exist than ever before to cut the cord, abandon your cable bill, and not have to sacrifice ANYTHING along the way.

We may never see the era of “rabbit ears” come back to television sets ever again, but more and more people are purchasing HD antennas to pick up OTA HD channels that are broadcast across the United States.

In almost every corner of the US today it’s possible to pick up a handful of local channels with nothing more than a $15 broadcast HD antenna, something that can scoop up the HD signals that are sent over the air (OTA) at absolutely zero extra cost to you whatsoever.

With another piece of hardware (or some cool programs and input options on your computer) it’s possible to DVR the content you get from your antenna the same way you would have with cable or satellite – all without having to spend too much extra money along the way.

Streaming service options are better than ever

Regardless of whether or not you’re looking to pick up Netflix, Hulu, have Amazon Prime with their Prime Video library to gain access to an unbelievable library of shows and movies you can stream – or want to move forward with network specific services like HBO Go, History Channel, CBS ACCESS, etc. – the streaming options available out there today are better and more plentiful than ever before.

Netflix has grown by leaps and bounds compared to what it was even just 10 or 15 years ago, when most people associated Netflix with those little red envelopes that contained DVDs and later Blu-ray discs delivered via the mail.

Today, it’s not only the world’s most popular streaming service with hundreds of TV shows and thousands of movies to pick and choose from – but it’s also one of the most influential content creators with some of the most acclaimed programs and movies being created specifically for this platform and available nowhere else.

It certainly doesn’t hurt at that streaming services like Netflix, Amazon Prime, and Hulu only cost about $10 a month, either. That’s obviously a whole lot cheaper than your average cable bill that can hit well over $100 without any special premium channels, giving you the opportunity to bundle multiple streaming services together while still saving a ton.

Get set up with a streaming box or Smart TV

Of course, if you really want to take cord cutting to the next level so that you can finally kick cable to the curb once and for all, you’re going to want to get your hands on a streaming box or a smart TV.

Streaming boxes (like the Amazon Fire TV and Fire Stick, as well as the Apple TV or Chromecast) act as many computers that interface directly with your television via HDMI and Wi-Fi to give you remote control access to all of your favorite streaming services as well as YouTube, music streaming platforms, games, and applications.

These kinds of boxes are incredibly cheap (almost always $100 or less, and sometimes significantly less than that), effortless to set up, and about as easy to use as humanly possible. They literally are a set it and forget it streaming solution, and can even be dovetailed with an HD OTA antenna to give you the best of all worlds.

Smart TVs are incredibly advanced, too. They essentially bundle the capabilities of a streaming box with your television so that you don’t have to purchase any extra hardware or fiddle with any extra connections.

Smart TVs are relatively inexpensive, though they are usually slightly more expensive than a traditional LED or plasma TV, but they are getting cheaper and cheaper all the time and use built-in Wi-Fi to connect to your home network to stream all of your media.

Of course, if you want to be able to enjoy all of your favorite television programs, live TV channels, and the content that you would otherwise miss out on by cutting cable once and for all you can always go with IP TV options or the many digital cable/satellite solutions that are popping up left and right.

IP TV services (Internet Protocol TV) essentially broadcast all different kinds of television shows and live TV over the internet, though they usually take a bit of setting up on your end and may or may not be completely legitimate services – depending upon the ones that you choose to move forward with.

The streaming cable and satellite solutions (like DirecTV Now or YouTube TV, for example) are becoming very popular alternatives to a traditional cable or satellite bill. YouTube TV is one of the easiest to use, works on all of your favorite devices – including your television – and has a built in DVR with unlimited space and storage.

The only downside is that right now the channel options from YouTube TV is a little bit on the smaller side of things, but other platforms (like DirecTV Now, PlayStation Vue, and Sling TV) might be slightly more expensive while including significantly larger channel packages.

You’ll be able to enjoy the biggest advantage of them all when you start to move forward with IP TV and streaming cable or satellite services, though. That’s the complete and total freedom at that these kinds of streaming options offer, allowing you to on tether all of your favorite television shows and programs from your TV itself and giving you the ability to enjoy TV anywhere and everywhere you have reliable internet access.