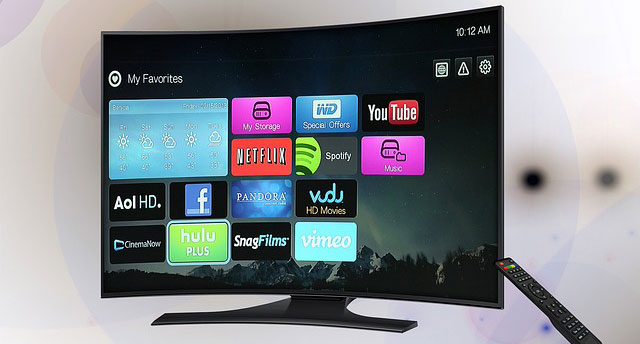 Cheap Cable Options to Help You Save

When we think about watching television, many of us aren’t really satisfied with what local TV gives us. We want more choices, bigger and better shows, and unending entertainment no matter what. We also want access to our favorite shows, preferably the minute they air a new episode.

While many predicted that TV would become obsolete with the advent of the internet, the reality is that TV has assimilated the internet to a good extent. In fact, there are several shows running today that are either reboots or sequels of series from the 80s and 90s. With the nostalgic ones among us viewing Fuller House and the reboot of Roseanne and others watching the endless Game of Thrones, TV options are incredible these days.

However, can the same be said of your viewing experience? You’re shelling out cold hard cash to cable companies right now, but is it actually worth it?

When you think about it, the modern career person today is rarely at home. We either record our shows on DVRs or watch them at our own pace on online streaming websites.

Let’s face it now, cable is on its way out! Here are some other options which could save you a bundle of cash and be extra convenient for your watching preferences.

Instead of cable, you can easily catch up on your shows by streaming them using certain services. These are call streaming or on-demand services and let you have a plethora of choice about what you want to watch. You can go back and forth on a beloved series, revisit old episodes (because we all know the earliest seasons are always the best), or binge-watch a whole new show that speaks to you.

There are several such services on offer today. These include:

Netflix costs a cent less than $8 for a basic service and around $14 for a premium one. With this paltry amount, you can access several series, films, documentaries, and even original shows like Stranger Things, which is an exclusive production of the company.

The best part? You can download certain movies or episodes and watch them later when you’re offline. This is an excellent option for those who have to travel a lot.

Hulu costs around $6/month for a whole year. If you still want to hold onto it after that, the payment would go up to around $8. Want to free yourself from commercials? Pay just four dollars more each month and get all your viewing experiences without those pesky and tempting jungles.

Hulu also offers some incredible original shows, such as the widely-acclaimed The Handmaid’s Tale. If the episode you want is aired on regular television, you can usually get to watch it the day after the original air date.

However, one should keep in mind that not every episode of your favorite show would be on hand for viewing whenever you feel like it. For some shows, Hulu only shows the last five episodes to keep everything on a rolling basis.

This service costs you $99 for a year or $33 every three months. When you get Amazon Prime, you’re also entitled to several other privileges. These include shipping within two days, an unlimited storage for your pictures, several million soundtracks, kindle books, and so much more!

If you want to know how it gives a unique viewing experience, Amazon Prime offers its own shows as well. Two examples are Daniel Tiger for kids and The Grand Tour for diehard Top Gear fans.

When you get access to live television, the experience is much like regular cable. This places you in a setting you're already comfortable with but saves you the big bucks while you're at it. The options available here include:

This is a multi-channel option available at $35/month. Choose from a wide range of popular channels, like Disney, Freeform, ESPN, and NBC. You also get unending storage for your recorded episodes. This subscription allows six accounts in one home, each with a personal passcode and DVR. It shows what’s going on TV live as well as on-demand shows and movies.

You can even add in the channels that may be missing in the default package. A token fee can get Cinemax, Showtime, and HBO on your viewing screen!

If you’re an HBO fan, you can get every HBO show on your television for just $14.99 every month. You can watch The Wire, Curb Your Enthusiasm, or any other show that had you hooked back in the day! Of course, the most tempting and trilling option for most modern generations here would be Game of Thrones.

Don’t want a buffet option but just the latest episodes so you aren’t left out? You can buy the DVD sets or just soft copies of your favorite episode and shows. Amazon and iTunes have some excellent and cheap options if you're all out of ideas.

The benefit of doing away with cable isn’t just about the time saved but also about the money you free up. It’s no surprise that over 20 million Americans cut off their cable almost every year. You can save more than a thousand dollars a year by doing the same! This may not seem like much when you divide up the monthly payments, but there'd be no more payment hikes or hidden fees.

The cable alternatives above are all excellent choices, but they may not be for everyone. You can try out some methods and see which ones work for you. Even the options you have to pay for usually come with a free trial and are a fraction of the average cable bill you can expect otherwise. Hence, rid yourself of that cable addiction and enter a whole new viewing world today!